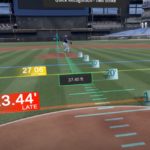 A thinking man’s pitcher, Warren Spahn would describe his approach on the mound as “Hitting is timing. Pitching is upsetting timing.” While interviewing former big league pitcher Lary Sorensen, an executive from F5 Sports who make the PitchLogic smart baseball, he shared that Hall of Famer Eddie Matthew’s said “he could time a jet airplane going through the strike zone if it was straight enough and he saw it often enough.” The best hitters are masters of timing. For all the arguments of the … END_OF_DOCUMENT_TOKEN_TO_BE_REPLACED 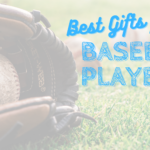 There are so many amazing tools out there to help baseball or softball players get better. Of course this holiday season you can buy them a new bat or glove, but I wanted to share my starting 9 for baseball best gifts of the year: #1 in our lineup: WinReality pitch recognition training app on Oculus Quest 2 There is nothing that can replicate the experience you get from standing in the box and facing live pitching. Until, WinReality came along and created a virtual reality world where you … END_OF_DOCUMENT_TOKEN_TO_BE_REPLACED