Your guides in the student athlete development and recruiting process: 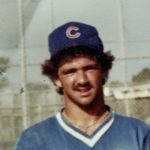 With a baseball career that has spanned over 40 years, Walter brings a diversified background to parents and student athletes. His highlights as a student athlete include: All New England 1st team High School player, received a scholarship from Arizona State University and selected in the 13th round draft pick in 1981 by the Chicago Cubs. His Coaching background is lengthy and extensive. He has been a head coach at the High School, American Legion, National Travel baseball and NCAA-College levels. He has also worked as a Task force member for the prestigious Team USA program in Cary, NC.

The parent of two sons that competed and graduated at the college level, Walter has been through the recruiting process with both of his sons, Kyle and Tyler. Kyle played for LSU Eunice and Alexandria, and Tyler played for The National Champion Vanderbilt Commodores. Tyler also holds the distinction of being the only New England player in the 53 year history of the MLB Draft to be a TWO-TIME FIRST ROUND DRAFT Selection. 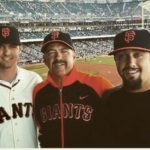 Walter brings a complete and total background to parents and student athletes who are seeking to play beyond the High School level. From his experiences as a player, evaluator, head coach and parent, Walter’s ability to explain and navigate the challenges of the playing season, recruiting process, evaluations of student athletes, ability to speak to and deal directly with college coaches on a national level, will allow all families to have peace of mind throughout the travel baseball and recruiting process. He has helped well over 700 student athletes from across the country over the last 25 years and has developed a coaching / MLB scout network.

Walter Beede was drafted out of high school and played a stint for the Chicago Cubs organization. One of his sons, Tyler, then became an elite and sought-after prospect in high school. Drafted in the first round, the younger Beede opted instead to attend college, playing for a perennial national powerhouse, Vanderbilt. Three years later, with an All-American season and a National Championship, Beede was drafted again in the first round. This time, seven picks higher than he’d been selected out of high school. All told, Walter has more than 15 years of experience as a mentor to other young men as a coach, a father and a player himself.

As a freshman in high school, his son Tyler was already attracting interest from college and pro scouts alike. With a seemingly endless barrage of camps, showcases and travel leagues wanting his son to show up, it became important to the Beedes to be able to focus on the real opportunities for exposure and sift through those that were not going to be worth the time, travel and investment.

Walter’s other son, Kyle, while not as sought-after as his brother, also had a baseball career to manage. He had options, but with a different skill set, he had to find a match with a school that needed his services. He was a pitcher with Louisiana State University – Alexandria.

How Committed Are You to the Long Term Process of Success?

Every athlete has potential for improvement. It’s important to be realistic about what’s achievable and understand that every student-athlete’s destination will be different.

As a coach, Walter Beede also knows how daunting the recruiting process can be for coaches, as well. Kids want a chance to play at the next level, but it can be difficult to find the right combination of talent, dugout demeanor and work ethic. By building a network of coaches across the country, from NJCAA and NAIA to Division I NCAA, he can create connections between players and programs, where needs are matched with talent and skill set.

Our goal is to provide advice to other athletes, their families and coaches, regardless of their talent level or skill set, to maximize their potential in the entire process of achieving that goal and that destination. This is solid insight gained through years of firsthand knowledge of the process from high school through college and on to the professional ranks and success in reaching the ultimate goal, while saving families potentially hundreds of thousands of dollars along the way.

Bryan is a Wall Street Journal and New York Times best selling author of several business books including Call to Action, Waiting for Your Cat to Bark and Be Like Amazon: Even a Lemonade Stand Can Do It. He has built his career on helping people optimize their business processes using data to better understand their customer and generate more sales. He and his brother co-founded their agency Buyer Legends.

Bryan had a young passionate son who always dreamed of playing baseball at the highest level. When he realized his son would have a lot more talent and drive for the game than he ever had, he went to his strength and did his research, while developing a lot of relationships with some of the top coaches in and around the game. As soon as the first baseball data based technologies were released such as Zepp, Blast and Diamond Kinetics, Bryan knew he could leverage his data and optimization skills to help his son improve his long term development. Bryan has advised and learned from some of the top coaches in baseball, learning everything he could about player development, movement, strength training, the mental game and using technology to help players meet their goals. He even co-founded a hitting development platform called Pelotero (he is no longer actively involved).

Bryan has also been the producer of his son’s Play Ball Kid baseball podcast. His son Sammy (16 years old) started the podcast when he was 14, after the encouragement of renowned pitching coach Lantz Wheeler. Sammy has recorded over 55 episodes with some of the best known coaches and player development professionals in the baseball world. Sammy wasn’t born an elite athlete or a thoroughbred as some might think of it. At the age of 11, Sammy attended Lantz Wheeler’s Pitch-a-Palooza and was inspired to start his strength and mobility training. Following the advice of Jeff Bezos in his book Be Like Amazon, Bryan understood that you can’t control the outcomes, only the inputs of the development process. Today Sammy is a 6’4, 240 pound right handed pitcher and working his way everyday to his recruitment.